In the U.S., New Year’s Eve tends to conjure up images of the ball dropping in Times Square or folks toasting glasses of champagne. Individuals may also have their own unique traditions for the flipping of the calendar. But New Year’s is symbolic of change, which makes a change of scenery for the celebration all the more appealing.

Should you choose to hop town for New Year’s, make sure your last-minute travel is worth it. Don’t just remix the same old traditions in a new locale. Instead, check out of these destinations, which offer some of the most non-traditional New Year’s Eve celebrations in the world.

If you want to be surrounded by lots of other folks who love adventure, head to Edinburgh, Scotland for a world-famous three-day festival called Hogmanay. Last year, 148,000 folks from over 70 countries enjoyed Edinburgh Hogmanay. The name comes from a custom known as “first-footing” that is practiced all over Scotland to celebrate the start of a new year — but the festival includes far more. Visitors can carry a torch in the opening procession, for instance, which last year featured 30,000 attendees. They can also get groovy at the event’s “final fling” — a ceilidh, or social event with Scottish music and dancing.

Act quickly though; tickets for the festival’s concert are already sold-out, and tickets for other events may go quickly. Grab yours and a room at a nearby hotel soon. The Minto Hotel, for instance, is just minutes from the Edinburgh Castle, the setting of some Hogmanay events. 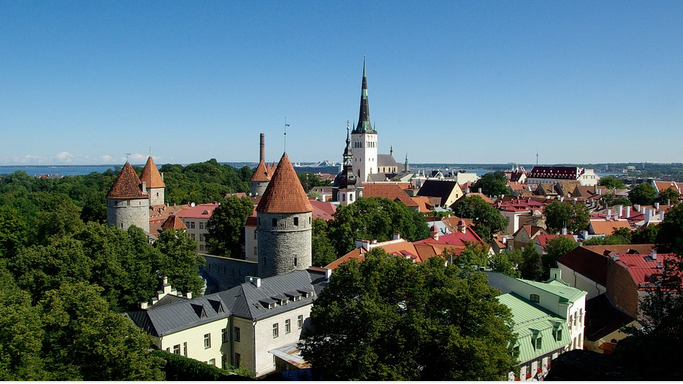 This next New Year’s tradition may not be as explosive as a torch procession or fireworks, but it’s still worth a last-minute trip. In Estonia, it’s tradition to eat either seven, nine, or 12 full meals on New Year’s Day as a symbol of the abundance to come in the year. That’s great news for travelers, as it means more opportunities to try the wide range of foods offered in the country. Most Estonian cuisine originates from nearby countries such as Germany, Sweden, and Russia, to name a few, and this tradition offers a great reason to dabble in all of it.

If you’re going to indulge in Estonian culture for New Year’s, Tallinn is a great city to choose. It’s home many of the country’s top-ranked restaurants, and a hotel like thePark Inn by Radisson plops you right in the middle of many of them. The best part? All the eating’s not excessive — it’s cultural!

Forget a ball drop. Why not drop a live animal instead? That’s what happens every New Year’s Eve in Brasstown. A local gas station called Clay’s Corner has dubbed itself the “Opossum Capital of the World” and is famous for its annual “Opossum Drop.” The word “drop” is thankfully misleading, as the animal is actually lowered slowly in a plexiglass cage without being harmed.

While the opossum is the main event, the midnight drop comes after a night of music and before a celebration of fireworks. Travelers can get the full Southern Brasstown experience with some cozy lodging, like this “Mountain Therapy” log cabin. 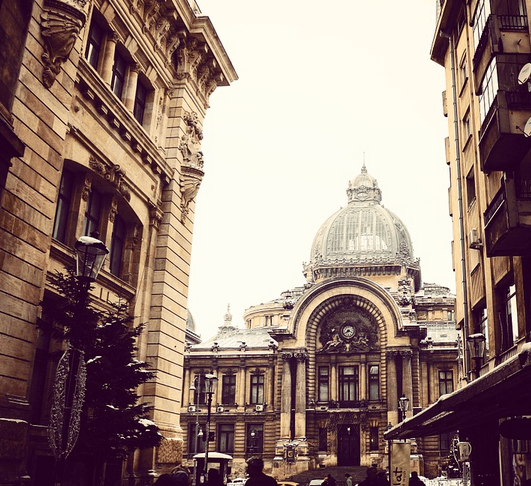 If an opossum is a too tame for your tastes, up the ante and head to a bear danceinstead. In small Romanian villages, New Year’s is marked by locals wearing actual bear skins meant to drive away evil spirits. They parade and dance in the bear skin, while many celebrations also include drummers and singing “bear tamers.” This unique tradition takes place in relatively remote villages, though, as it was born of local gypsies coming into town from nearby forests, bringing real bears.

Two popular spots are the Dofteana and Darmanesti villages in Bacau county, but travelers may be best off finding lodging in a city like Bucharest and then taking a train or bus to the village for a couple days. The Epoque Hotel, for example, is in close proximity to the Gara de Nord (Bucharest North) train station.

This post was posted by TheHipmunk on Hipmunk’s Tailwind blog on December 19th.

Previous Post: « Shadowhunters Premieres on Freeform this January
Next Post: Hotels Worth Visiting in the American South »