If there’s one thing about our lives that we look forward to the most, it has got to be those hours when you get home that you can just jump onto the sofa, or maybe even have a cheeky snuggle in bed, and you watch a bit of TV. Over the years we think that TV has got so much more immensely popular, and one of the main reasons for that is for things such as Netflix and Amazon Prime. They have unleashed a world of box sets that we didn’t even know were possible, and a couple of the Netflix original series have become so popular around the world, they’re more well known that any soap opera or drama!

It’s the accessibility of them that we believe is the reason why they’re just so popular. That and kids are now watching TV shows and series more than they are going out and playing in the street. Oh, how times have changed! So, if you don’t consider yourself much of a TV kind of person at the minute, we’re going to try and put your head in the right place. You might just not have given them enough of a chance, or watched one that is going to suit you as much as another would. So, here are our show-stopping TV shows that we really think you should be watching. 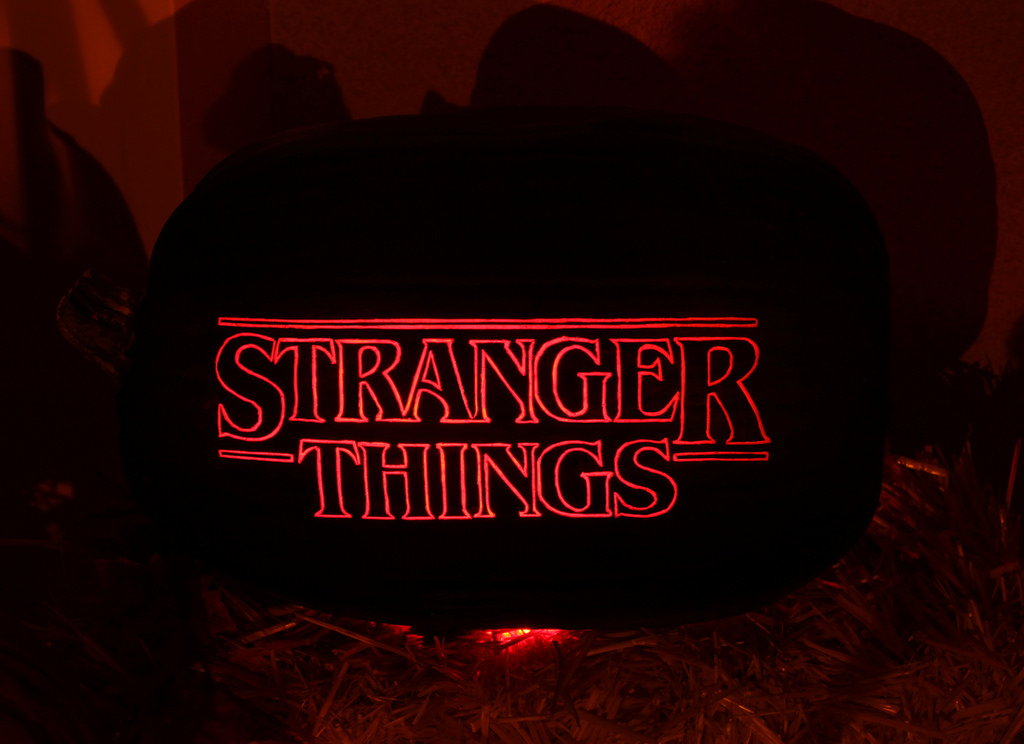 Stranger Things is a Netflix original series, and boy has it took the world by storm. There are still people now who are only just discovering it, and they’re falling in love just as much as everyone else has. It’s pretty much a TV show for everyone. It focuses on a town called Hawkins, and the main characters are a set of children, a lab child, and a mix of their families. The town is quite literally filled with strange things, all of which seem to originate from a test facility on the edge of the town. We won’t go into too much detail, or we really would start getting into the plot of it all. We would say it’s suitable for all teenagers, there are really are scarier things out there to watch. Some of the time it is a little jumpy, we will admit that, but not scary enough not for a younger teenager to watch. The third season is being produced at the minute, so it won’t take long before you get to watch the next season. Well, to all of those die-hard fans that were hooked from the first two seasons, the wait until next summer does seem like too far away! Definitely worth watching if you love a bit of drama, a slight jump, and a really good storyline overall.

We’re throwing it back to the oldies, and boy is this a good one to do it for. Pokemon might have only been watched by a select few of you, and don’t just think that it was just a boys thing. Pokemon was a form of anime, and it was great if you are really in to your geeky and gaming side of things. Because the hardcore Pokemon fans would have also played the game on console, and even played the game with the Pokemon cards. It was really this show that made the anime world come to life. There have since been multiple different shows, and anime has a huge following. It’s mainly the Japanese that watch them, as this is where the style of show originated from. But, for shows like Pokemon, people watch it all around the world. The shows and the film actually have a really good little storyline to follow. It’s all about cute little Pokemons, their trainers, and life as a Pokemon hunter and trainer!

If you love your American TV series, then this is the one for you. There are 12 seasons, with this one being the last one it has reported. It follows America’s favourite fake scientists in a show that is all about friendship and a love for the universe. They meet a lovable neighbour who is the complete opposite to them. An aspiring actor as it were, with little knowledge of anything. The group grows and grows, and as romances blossom, so does the humour. Some would say that the series just get funnier and funnier as they go along. One of the main characters, Sheldon, is one that everyone has a love hate relationship with, although they all secretly love him deep down. The humour mainly revolves around him, but the rest of the characters do all have such a good part to play! It can be found on Netflix for some of the earlier seasons, but all seasons can be watched as and when on normal TV each week!

We really wish we didn’t have to explain friends. We really wish that everyone would know exactly what we’re going on about when we say friends. But in reality, then don’t, have some people just haven’t learnt the true amazement that friends will bring. Have we hyped it up enough? Good! Friends is all about a group of…well…friends, in New York. Their lives revolve around each other, their problems, their relationships and fallouts, and of course, the Central Perk Coffee Shop. It is just such a lovely show to watch, as you really do become attached to all of the people in the show, each for their own reason. There are highs and lows that will keep you hooked, and when the seasons do end, you will be left heart broken, even if it has been over 10 years since the show ended! All seasons can be found on Netflix, which we think is truly amazing. If only they could make another TV series like friends, but we truly don’t think any show could ever come close to what they captured. It was filmed during a time of no phones, so the bond that you could see was just amazing.

Planet earth is a UK show, that again, can be found on Netflix. If you’re from the UK, it was aired on the BBC channel, but people all over the world should have heard of it. If you haven’t heard of the show, you will have definitely of heard of the legend that is David Attenborough. His love of nature, and the sheer knowledge he has stored in his mind about it is just amazing. You can really tell that he is captivated by nature, and it does help to draw you into the TV series. That and the fact that it is just insanely cool. They manage to capture nature not like other TV series seem to manage to. There has been two seasons so far. Planet earth, and Planet earth two. Both are just as good as the other, but the second obviously captures moments in much better detail, and there seems to be a more diverse range of animals captured. Even if you’re not much of a nature person, this show will interest you, we promise!

Breaking bad is just a badass series. It’s about a high school teacher who finds out he has cancer, and suddenly has nothing to lose. He has a bad prognosis, and turns to an ex student from the school, who is actually a meth dealer. And boy do things seem to just spiral out of control. Walter, the high school teacher, and his partner in crime Jesse, the student, become two of the biggest drug dealers in New Mexico. Does this lead to problems, of course it does, but that’s for you to find out. It’s a really gripping TV show, but we will admit that at times it can become a bit repetitive. They’re nearly getting caught and packing it in, to then carry it on again! But as a general rule, it is a really good TV series, especially if you like that whole drug dealing vibe. 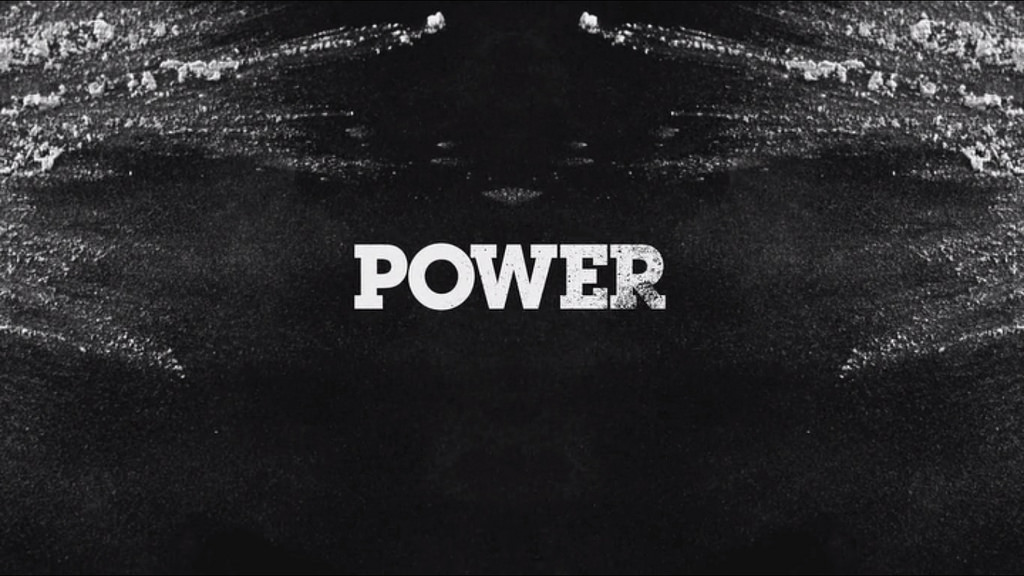 Finally, Power. What a good one to finish on. Power is again, about drugs. Well, two big-time New York drug dealers, Ghost and Tommy. They’ve been best friend brothers since they were young, and in the drug game ever since. They’re notorious for killing, evading the police, cutting it very fine, and having things go there way. We love this one because there seems to be more emotion involved. It seems more real to big-time rich drug dealers, and the problems they face of implicating a family into the life. There’s a lot of people coming and going, and people who you really do build an attachment to might fade away. We won’t give any hints away, but sometimes things are definitely not what they seem!

So, if you even remotely like the sound of any of these, please make sure you go and watch them. All of the ones that we’ve listed are highly addictive, and will give you something great to have a little binge watch to at the end of a hard day!

Previous Post: « The Best Christmas Present Ideas for 2018
Next Post: My Ralph Breaks the Internet Blue Carpet Experience and How To Get My Belle Inspired Look | #RalphBreakstheInternetEvent »