Today marks the start of Pixar Fest at Disneyland and I’m so excited to share details about all the amazing things coming to the park to help celebrate all things Pixar. During the #Incredibles2Event we had the opportunity to chat with part of the Disneyland team including Production Manager Krista Sheffler, Creative Director Tasha Sounart and Production Manager Heidi Holman. 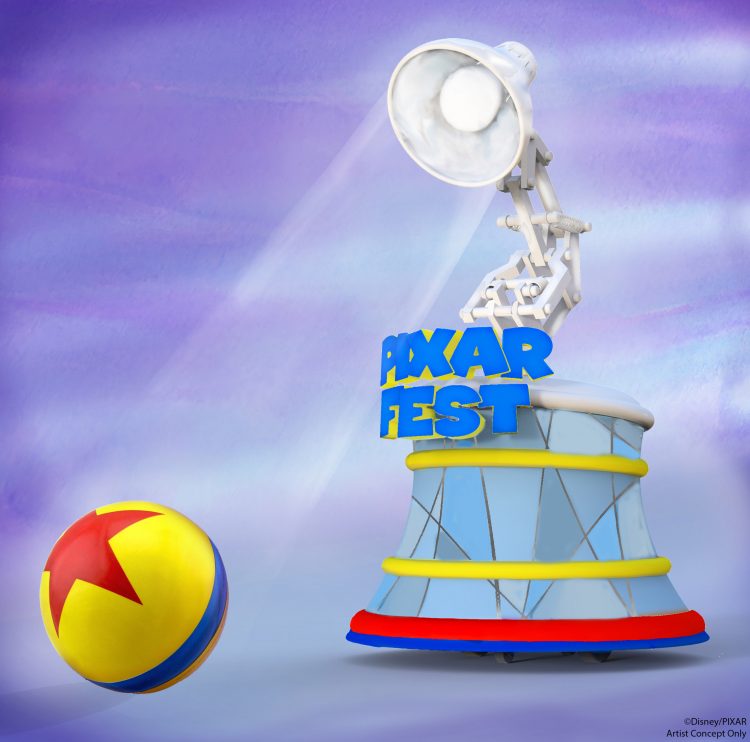 Someone book me a flight and get me to Disneyland as soon as possible. Pixar Fest looks and sounds like it’s going to be amazing and I don’t want to miss out a chance to participate in such an amazing event. The limited time festival is taking place at Disneyland this summer from April 13 through September 3rd. If you’re planning a visit, check out all the new things happening at the park just for Pixar Fest. 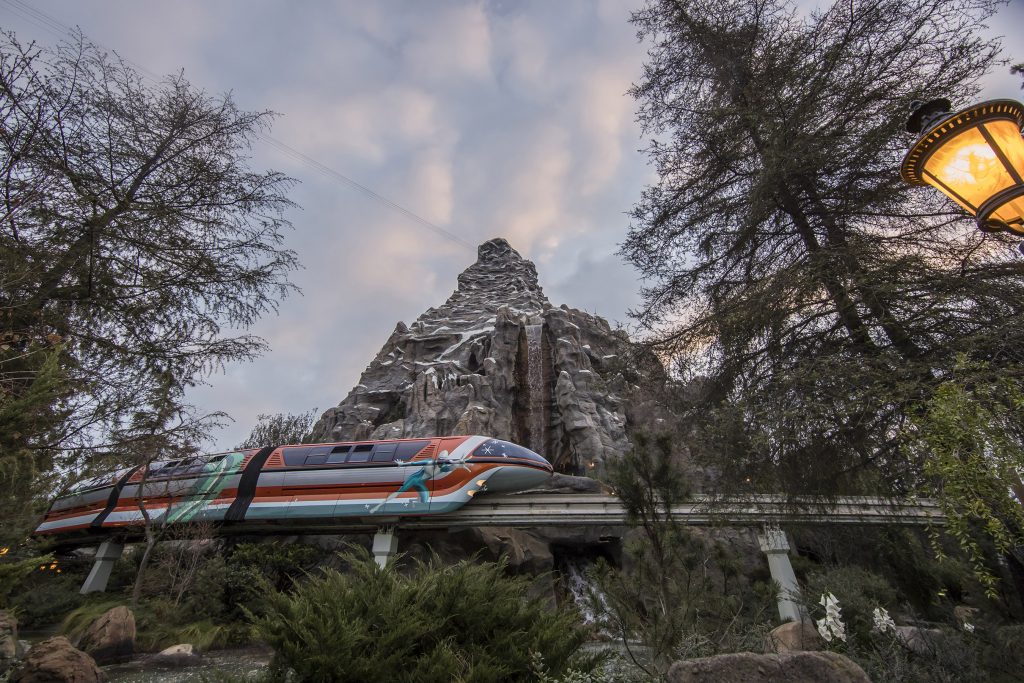 Disneyland has updated some of the rides in the park to add more Pixar flair during the festival. When you’re heading on the monorail be sure to look for all the Pixar characters showcased on the rail. 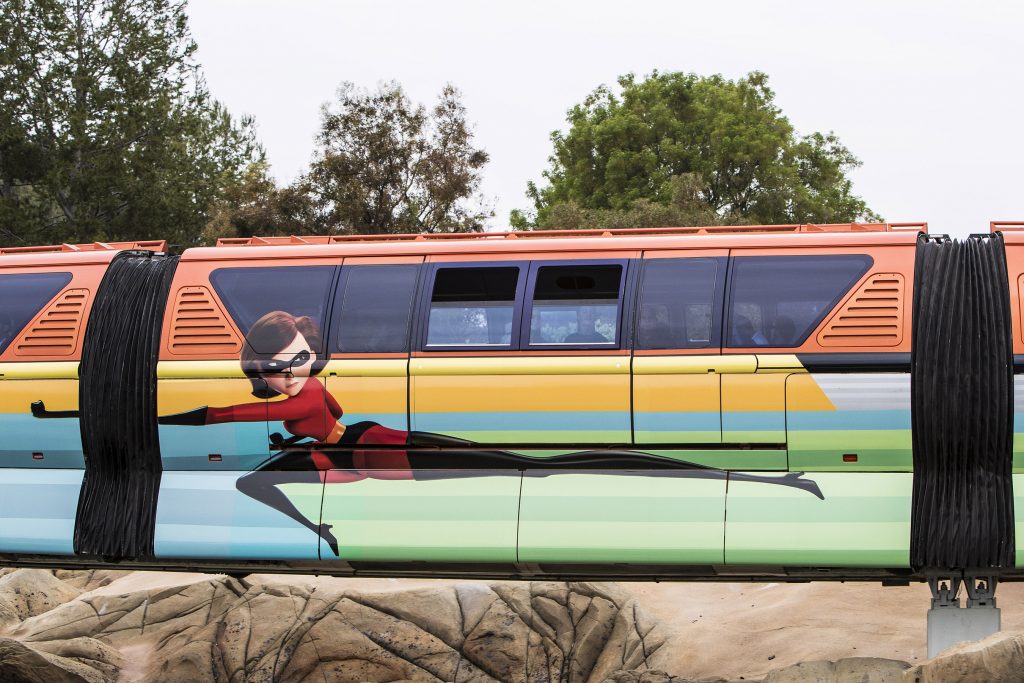 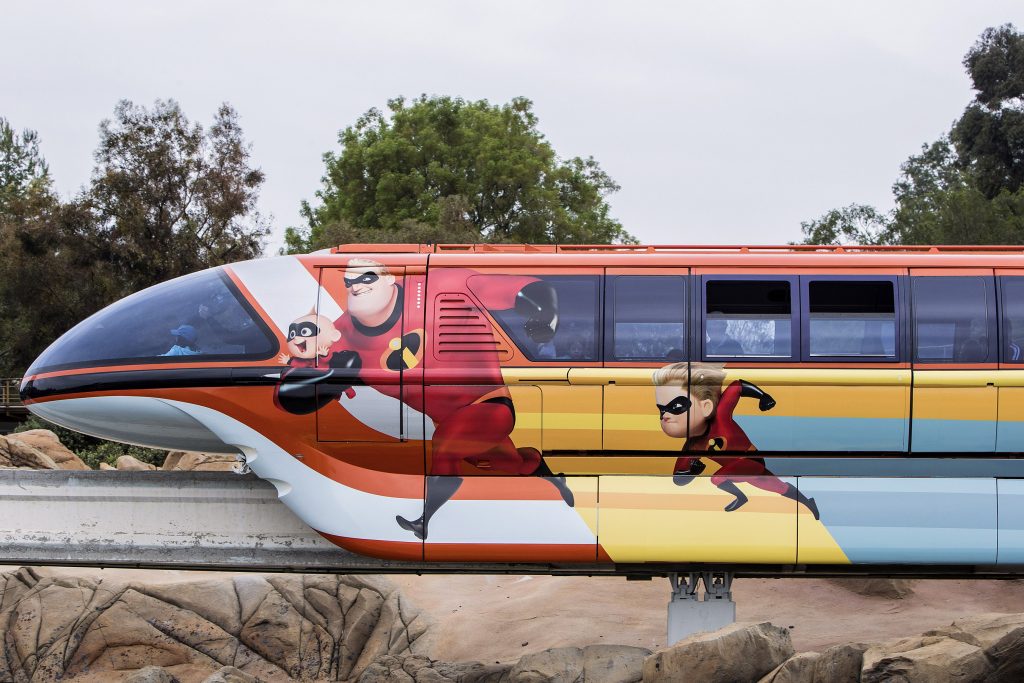 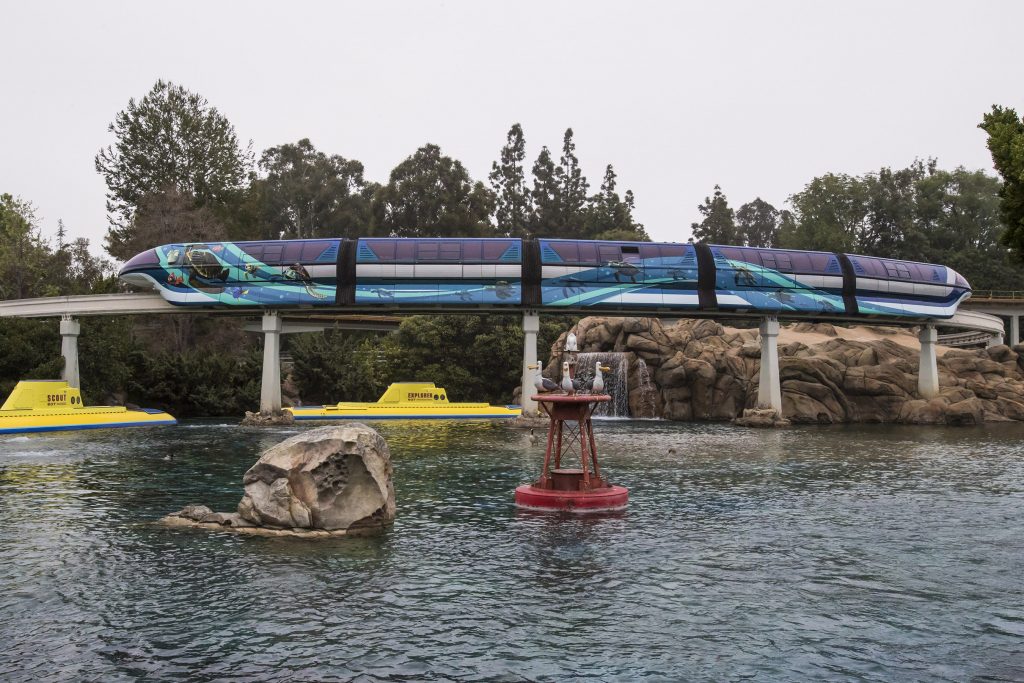 One monorail train features The Incredibles and Frozone showcasing their Super strengths while Nemo, Marlin, Dory, Crush and Squirt swim through a rip current on another train.

When you’re done riding your favorite Pixar themed rides check out some of the fun themed experiences that the whole family will enjoy. Be sure to grab your camera because there will be lots of characters in and around the park during Pixar Fest. 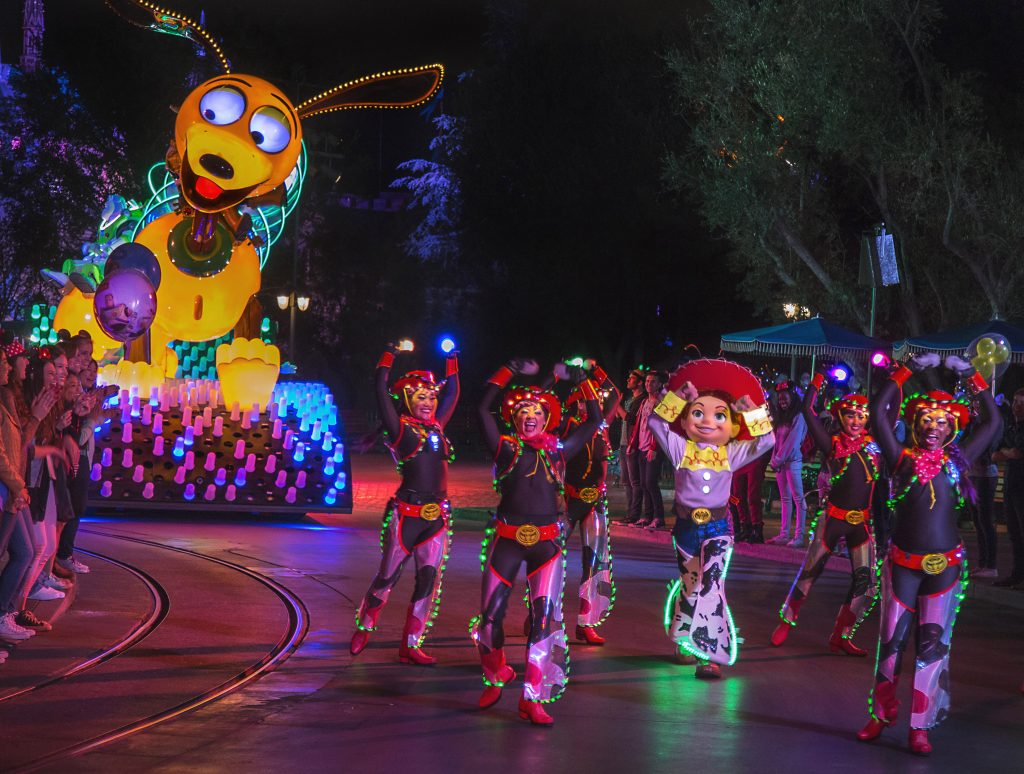 I’m so excited about the return of Paint The Night Parade. I love the parades at the parks. I had the opportunity to see a few and it’s a great way to wind down after a fun day at the park. 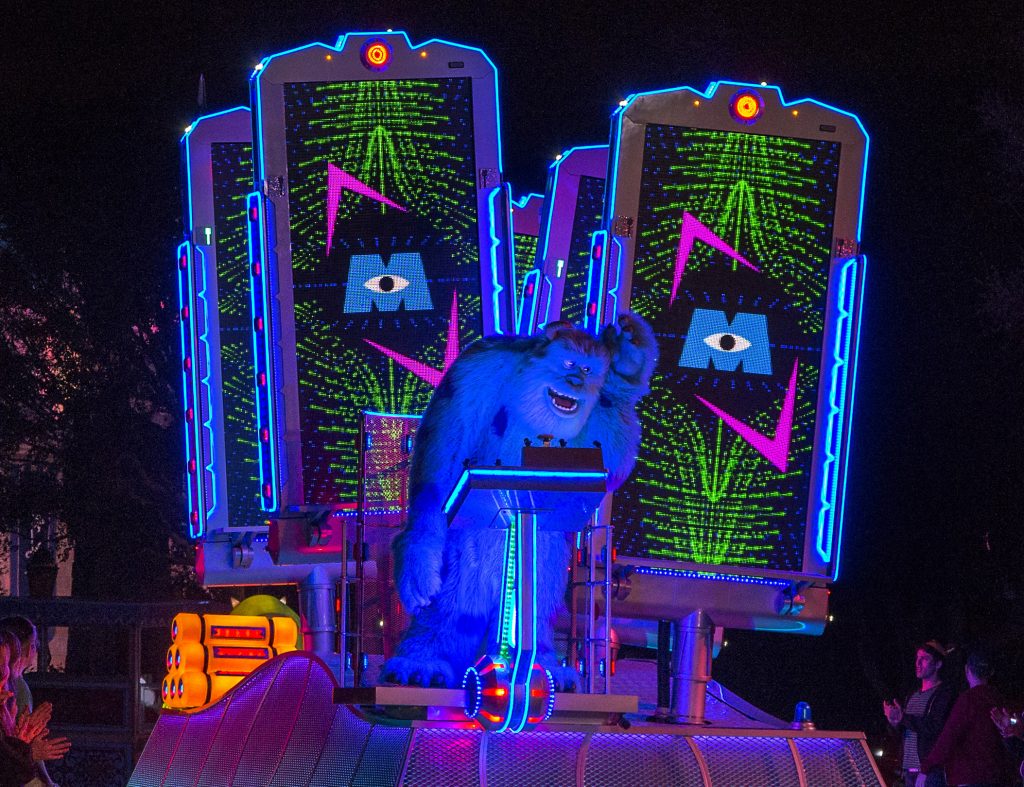 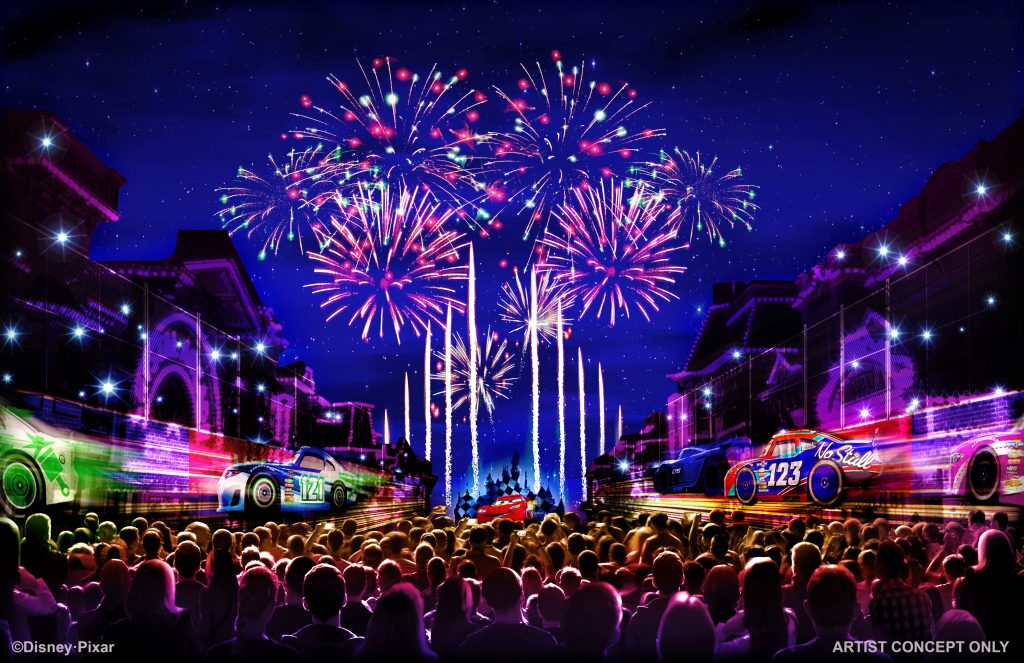 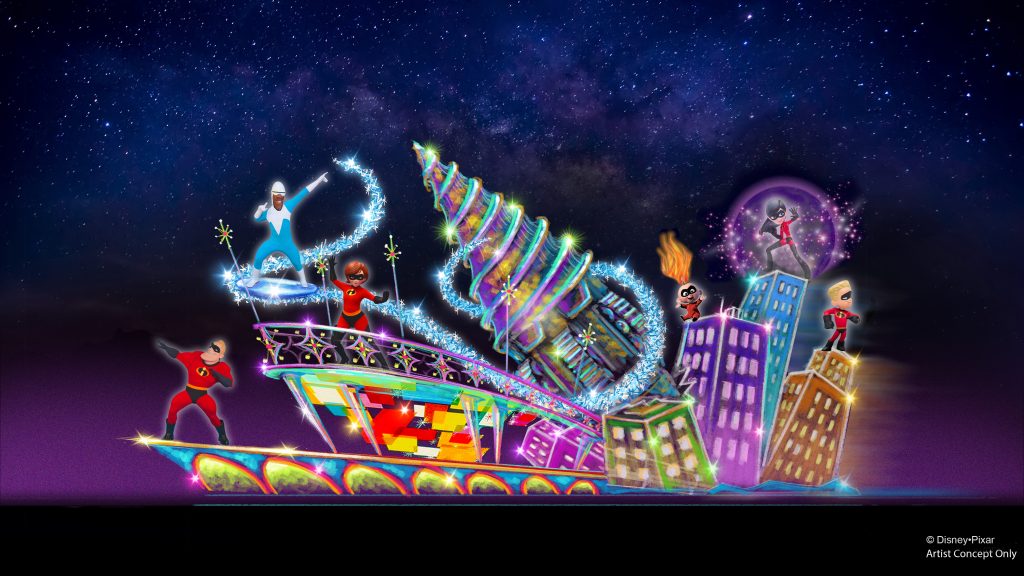 “Paint the Night” parade returns, and this time guests will enjoy the parade’s more than 1 million, brilliant LED lights and catchy tunes at Disney California Adventure. “Paint the Night” features pals from “Toy Story,” “Monsters, Inc.” and “Cars.” In June, a new, high-energy float inspired by “The Incredibles” will add to the Pixar fun.

“Together Forever – A Pixar Nighttime Spectacular”

The new Together Forever – A Pixar Nighttime Spectaular is set to debut at Disneyland during Pixar Fest. Beloved Pixar stories and characters come to life at Disneyland park through dazzling pyrotechnics, projections, memorable music and a heartwarming story which celebrates the theme of friendship. This new firework show invites guests to embark on an emotional journey that begins with the meeting of unlikely Pixar pals and follows their adventures as they overcome obstacles and forge everlasting friendships.

I can imagine the amazing story this show will tell, with all our beloved Pixar characters. Pixar has a way of making you cry when you least expect it, so I’m sure some tears will be shed during this nighttime spectacular. 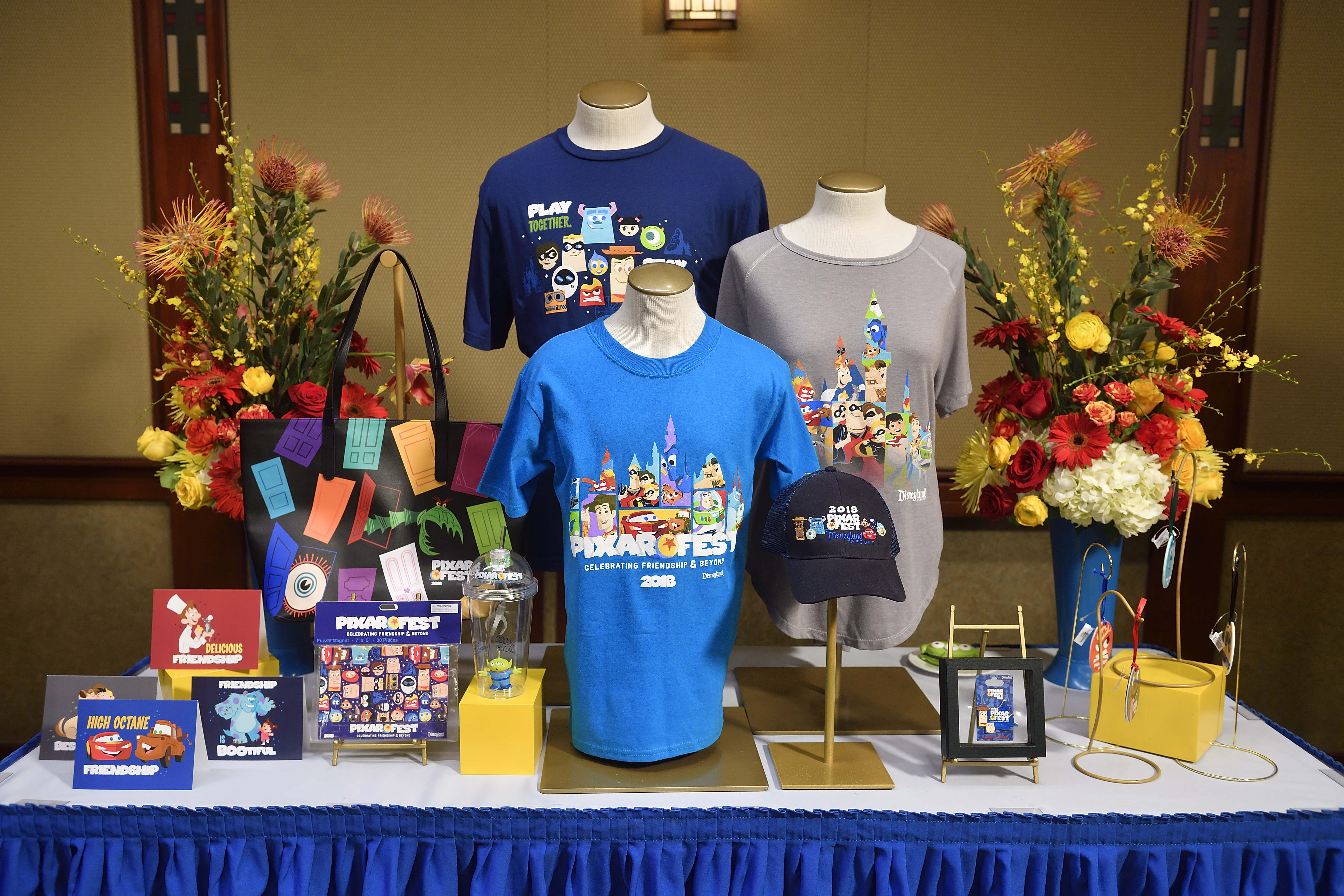 Now through Sept. 3, 2018, Pixar fans of all ages will want to join in the fun with Pixar Fest merchandise. New, limited-time offerings are ideal to take home, or share with a friend, including apparel, accessories, drinkware, plush, souvenirs and more. Items are available throughout the resort, including Emporium in Disneyland Park, the new Knick’s Knacks in Disney California Adventure Park, the World of Disney store in Downtown Disney and at the three hotels of the Disneyland Resort. 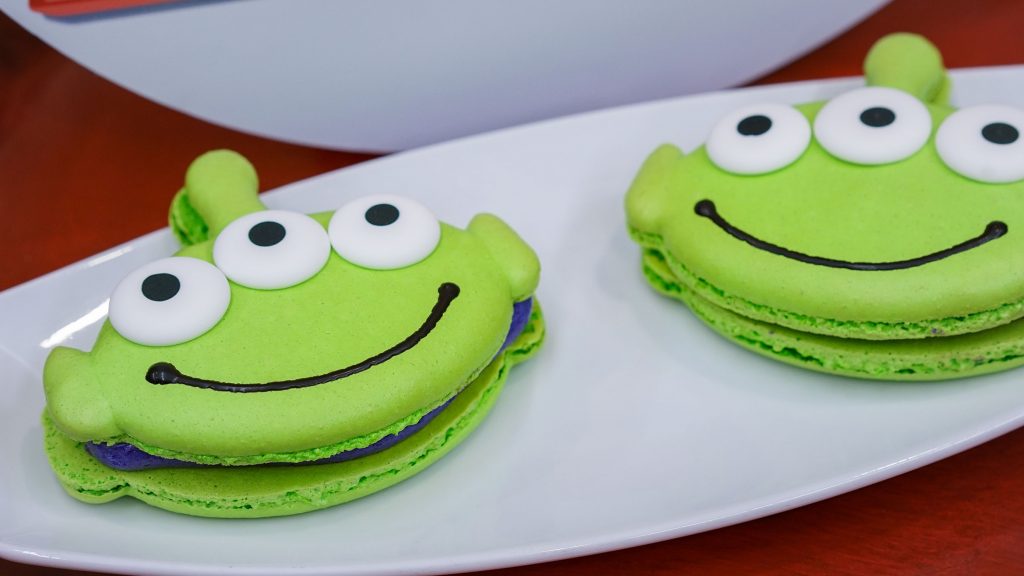 There are lots of delicious Pixar themed foods for guests to enjoy while visiting the park. I would love to get a day or two to sample all the different foods they are planning to roll out. I think my top choice is the Lotso Funnel Cake. 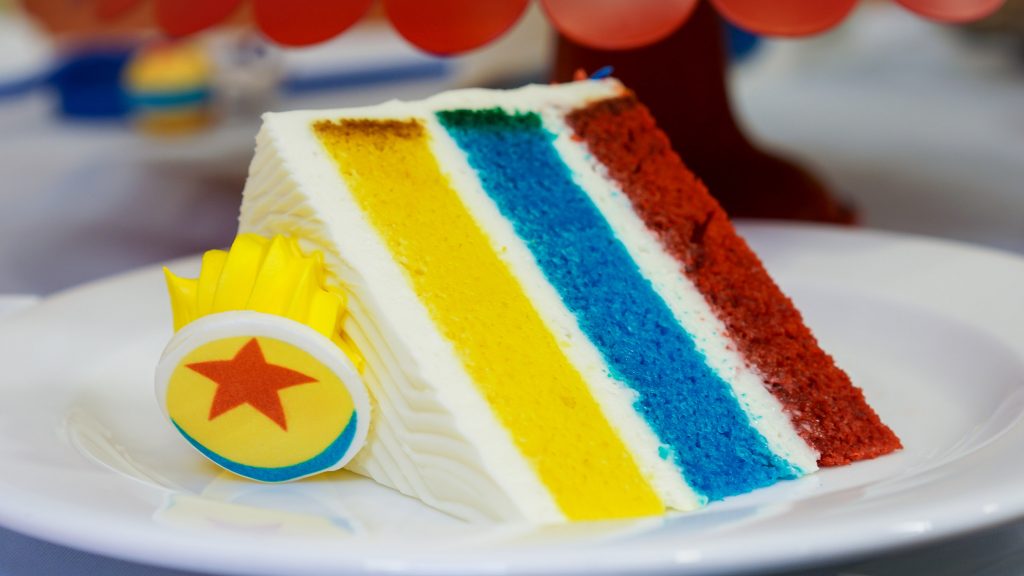 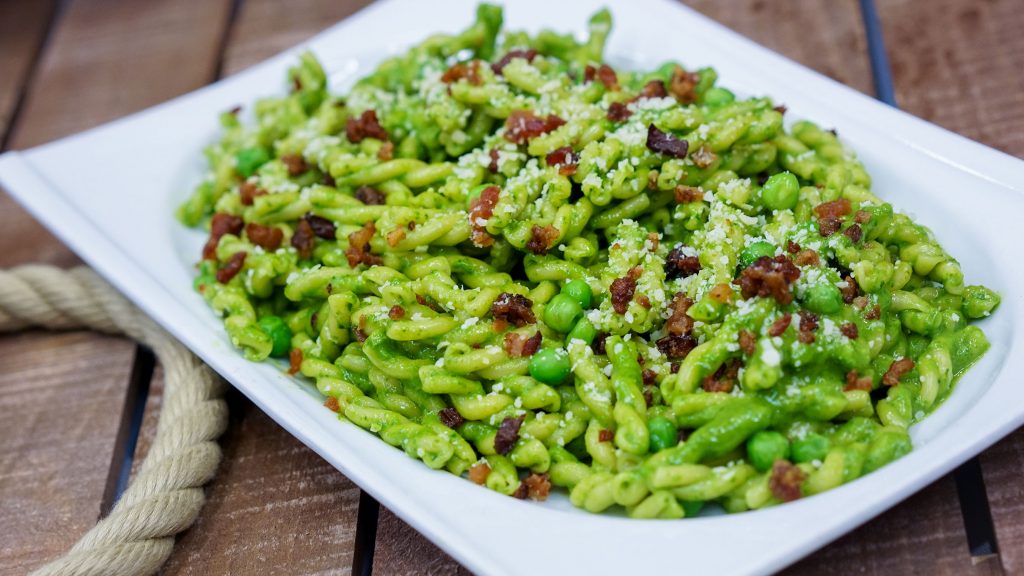 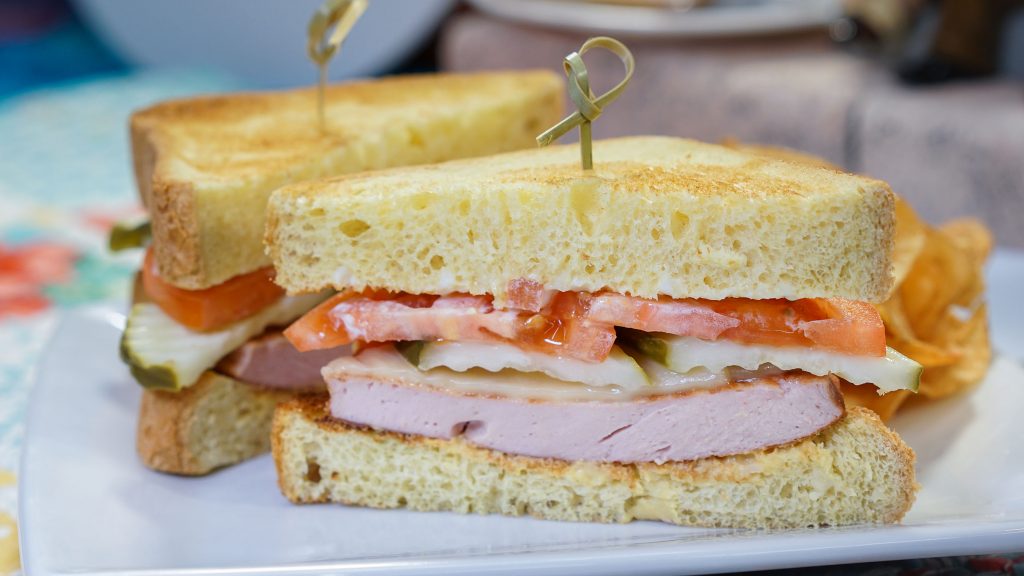 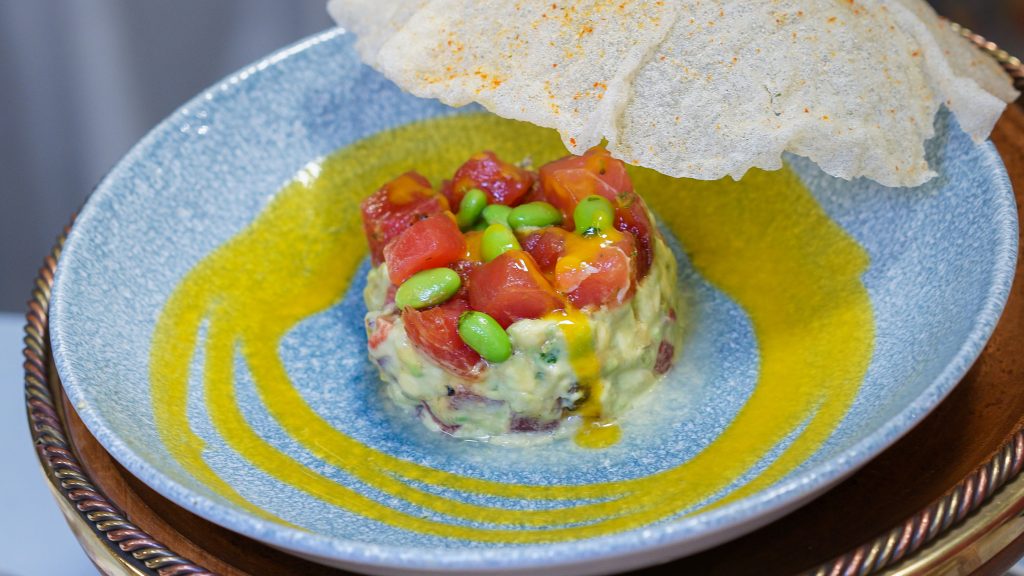 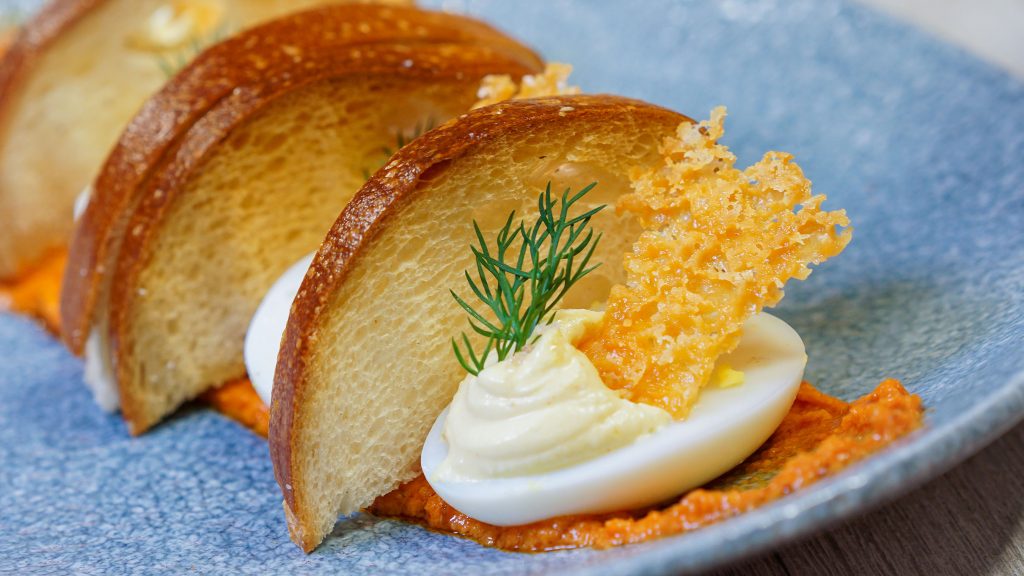 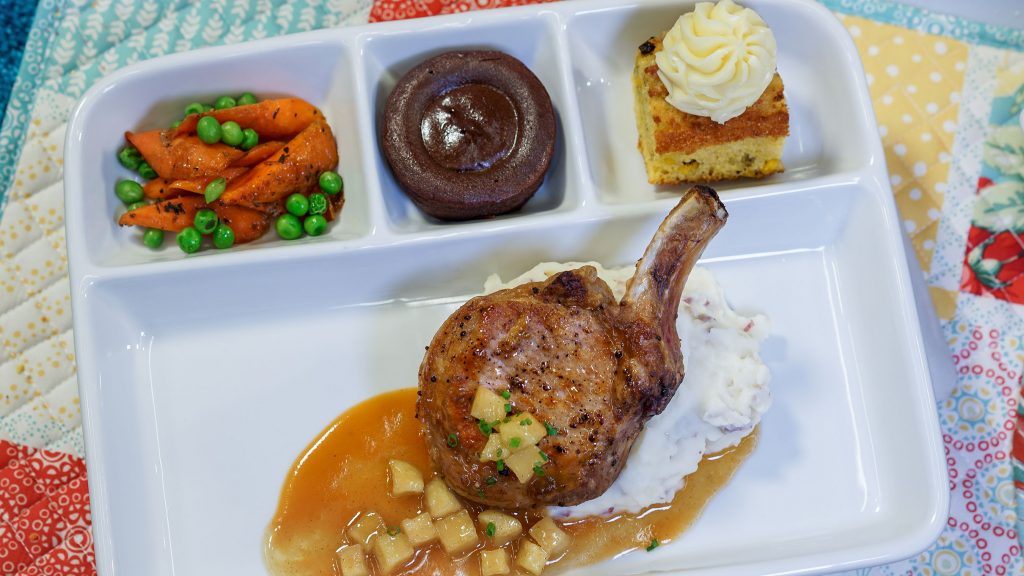 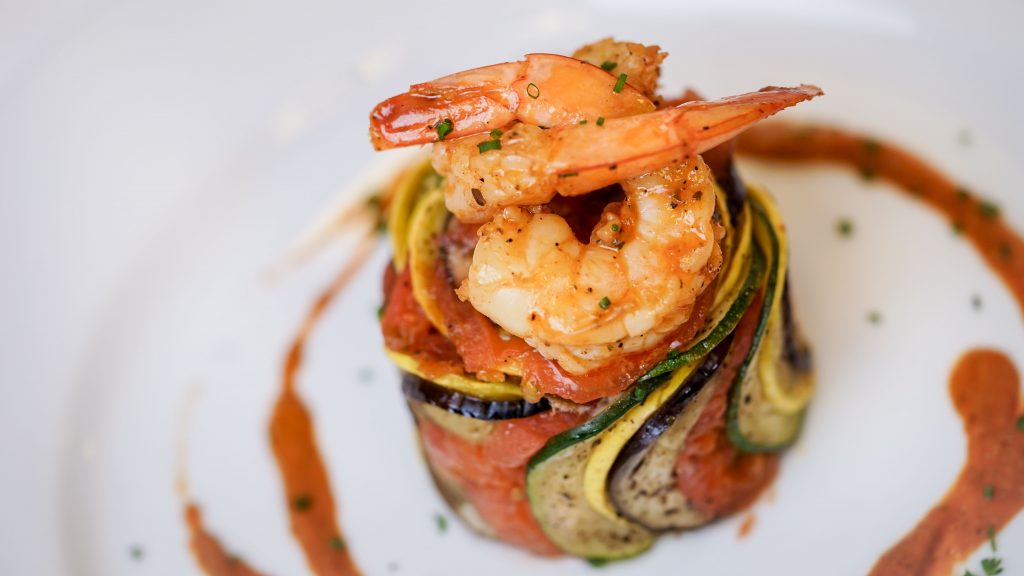 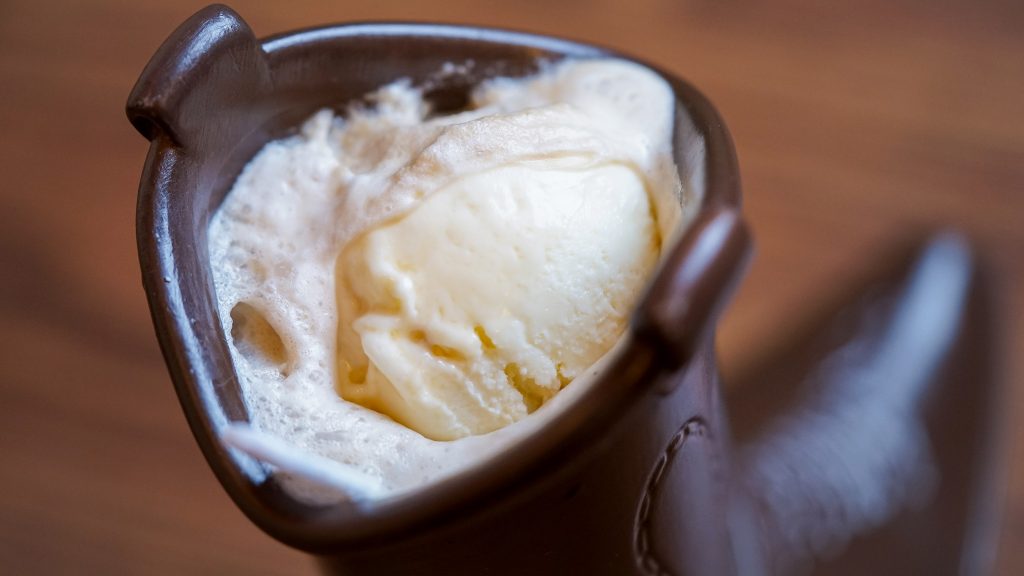 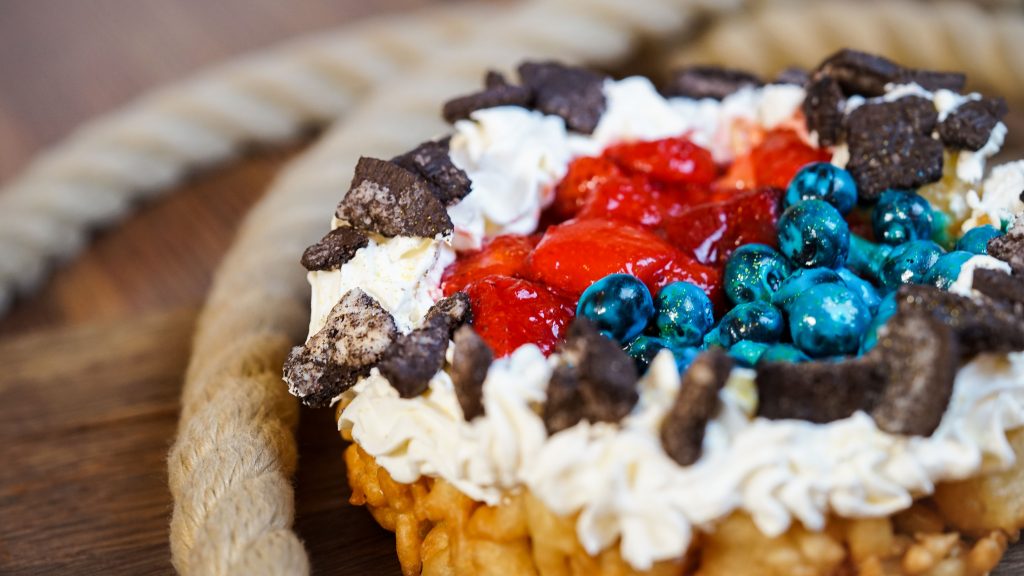 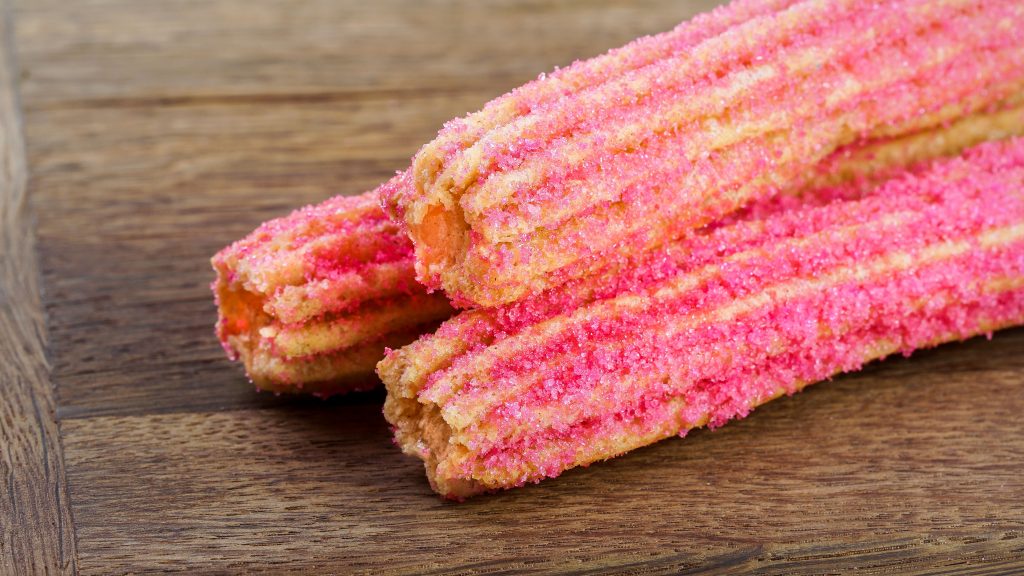 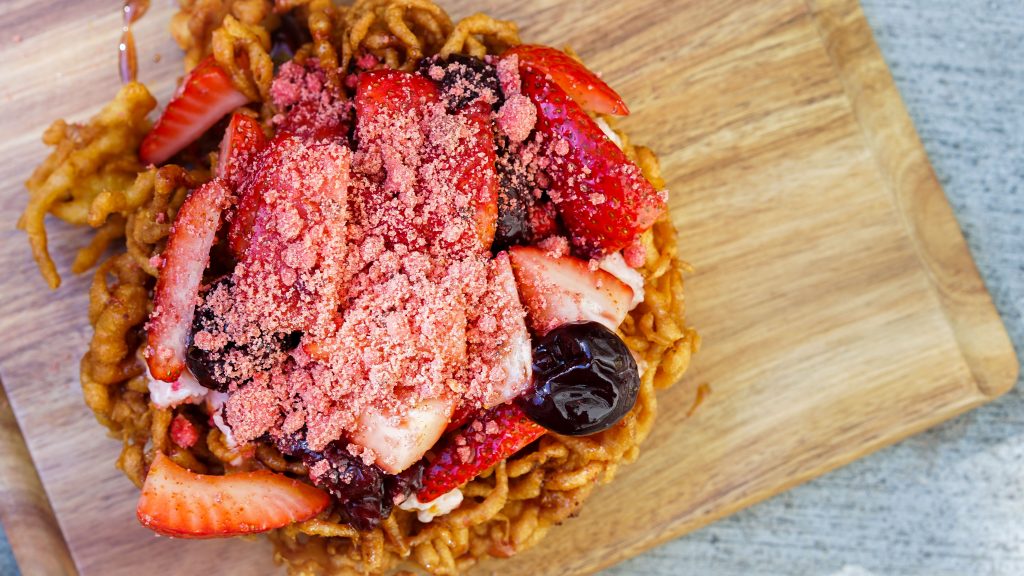 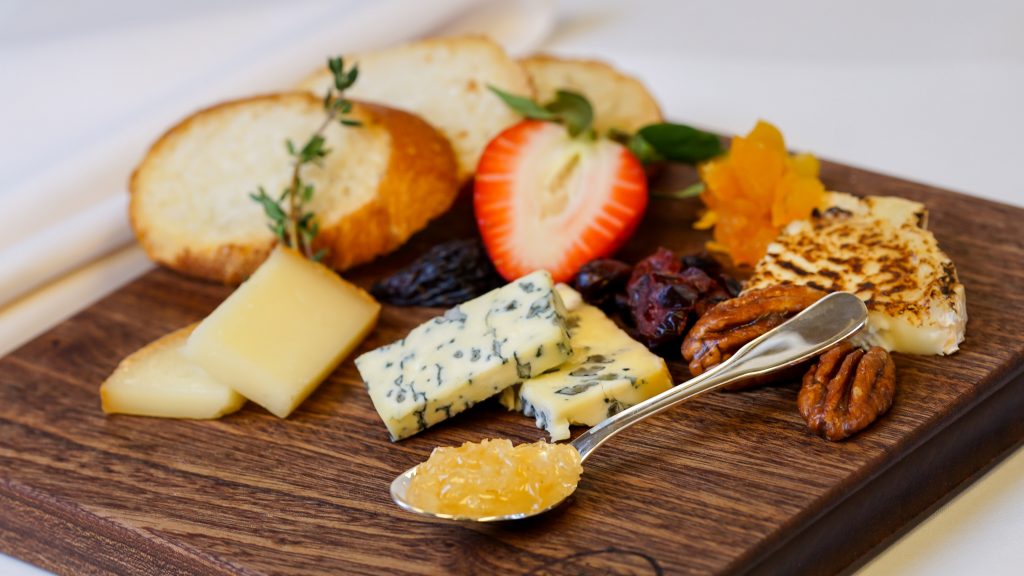 Also for Pixar Fest, the popular Redd Rockett’s Pizza Port transforms into Alien Pizza Planet, inspired by the loveable green Space Aliens from the family restaurant frequented by Andy (and his toys) in “Toy Story.” The Space Aliens are invading this popular dining spot to deliver fresh, hot pizzas and other items that are out of this world, including the new specialty pepperoni pizza and cheeseburger pizza.

READ  Our Hersheypark After Dark Experience

All around the resort, guests will find special menu items inspired by the beloved characters and stories in Pixar films, ideal for sharing with a friend. Some of the creative Pixar Fest food and beverage items are listed below, and more details can be found at Disneyland.com.

READ  Top Things to Do While in Whistler 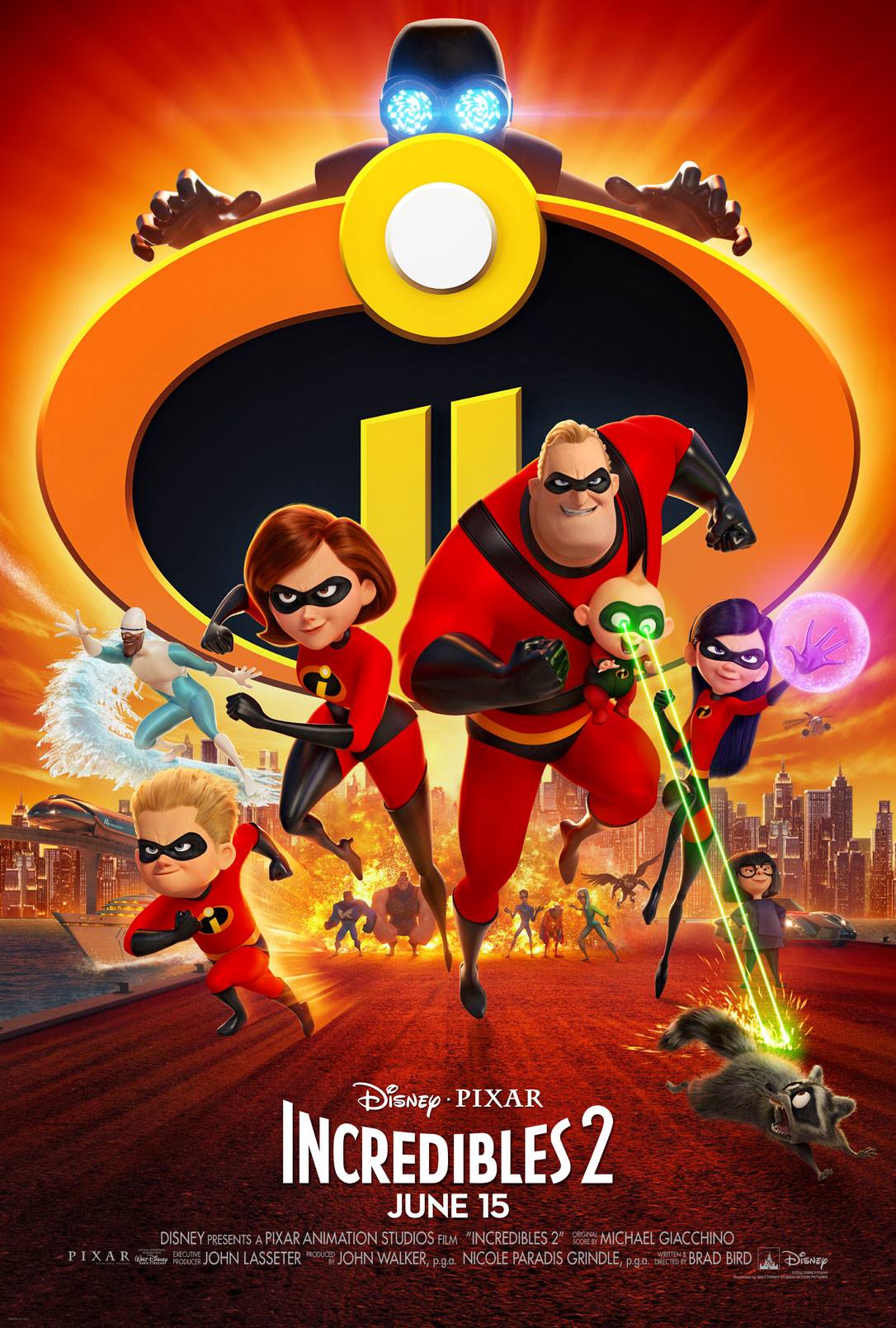 Everyone’s favorite family of superheroes is back in “Incredibles 2” – but this time Helen (voice of Holly Hunter) is in the spotlight, leaving Bob (voice of Craig T. Nelson) at home with Violet (voice of Sarah Vowell) and Dash (voice of Huck Milner) to navigate the day-to-day heroics of “normal” life. It’s a tough transition for everyone, made tougher by the fact that the family is still unaware of baby Jack-Jack’s emerging superpowers. When a new villain hatches a brilliant and dangerous plot, the family and Frozone (voice of Samuel L. Jackson) must find a way to work together again—which is easier said than done, even when they’re all Incredible.

Previous Post: « Basic Invite Offers Elegant Graduation Invitations
Next Post: 6 Tips that Will Keep You Safe During Your Trek Through the Jungle »