Growing up in Trinidad we never celebrated Halloween. I didn’t know what the holiday was until I moved to Baltimore when I was fourteen years old. Thanks to our vast cultural melting pot, we ended up celebrating All Saints Day and All Souls Day. Influenced by both the Anglican and Roman Catholic faiths, Trinidadians took both November 1st and November 2nd as days to celebrate our family that had passed on. As a child, I don’t think we knew where or how the holiday was started but on those two days we gathered flowers and headed to the cemetery to place them on family gravesites along with candles and sugar cane. 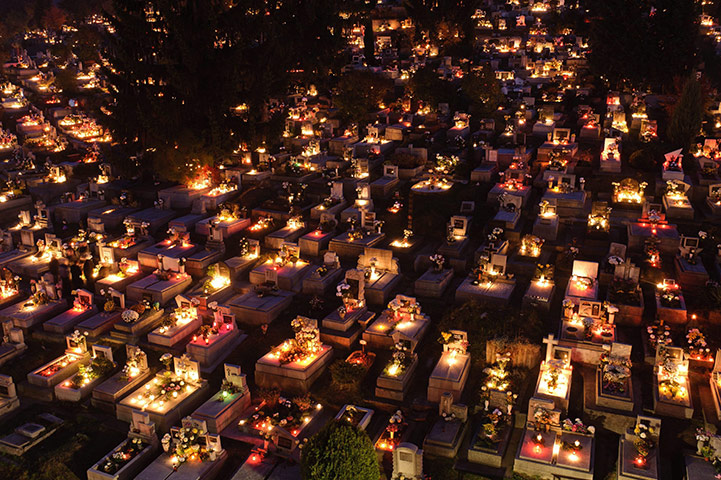 How Pixar’s COCO is Showcasing a Different Culture

I’ve been excited about COCO since the first time I saw the poster and the teaser trailer for the film. It’s always exciting to me when mainstream media showcases different cultures through films. For me, I’m excited about my kids learning about a different culture than our own. Day of the Dead (Spanish: Día de Muertos) is celebrated throughout Mexico, in particular, the Central and South regions, and by people of Mexican ancestry living in other places, especially the United States. It’s a multi-day holiday that focuses on gatherings of family and friends to pray for and remember loved ones who have died.

This summer at D23 Expo we were treated to an extended clip of COCO and it was everything I had hoped it would be. Within minutes I was drawn into a world I’ve never been in before but I also felt like it was a place I wanted to be. The entire room sighed when the clip ended. I knew then it was a film I would be sharing with my family.

Despite his family’s baffling generations-old ban on music, Miguel (voice of newcomer Anthony Gonzalez) dreams of becoming an accomplished musician like his idol, Ernesto de la Cruz (voice of Benjamin Bratt). Desperate to prove his talent, Miguel finds himself in the stunning and colorful Land of the Dead following a mysterious chain of events. Along the way, he meets charming trickster Hector (voice of Gael García Bernal), and together, they set off on an extraordinary journey to unlock the real story behind Miguel’s family history.

FAMILY REUNION — In Disney•Pixar’s “Coco,” Miguel (voice of newcomer Anthony Gonzalez) finds himself magically transported to the stunning and colorful Land of the Dead where he meets his late family members, who are determined to help him find his way home. Directed by Lee Unkrich (“Toy Story 3”), co-directed by Adrian Molina (story artist “Monsters University”) and produced by Darla K. Anderson (“Toy Story 3”), Disney•Pixar’s “Coco” opens in U.S. theaters on Nov. 22, 2017. ©2017 Disney•Pixar. All Rights Reserved.

With Halloween right around the corner, now is the perfect time to get ready for the upcoming film. Download these free COCO coloring sheets and have a fun craft activity with your kids. Get them excited about the film and talk about the culture and heritage the film plans to showcase.

My dissertations – thesis help.
Tired of homework? Myhomeworkdone.com will be of great help.
With Ewritingservice.com students never worry about essay writing.