New Consumer Products For Guardians of the Galaxy Fans

It’s opening day for Guardians of the Galaxy Volume 2, and you should already have your tickets to see the movie during opening week. One of the best things about new movies and sequels are the consumer products for fans of the films. Guardians fans have a lot to look forward to in the products department. Toy makers like Funko POP and Hasbro have added to their collection and of course, Disney does not disappoint.

During the #GotGVol2Event we all received swag bags filled will Guardians goodies. Some of the goodies were the same while, while others were different. We all had different Funko POP figures and figures from the Legends series. Check out some of the awesome consumer products in stores to help you celebrate the release of the film.

When the fate of the universe hangs in the balance, Peter Quill is ready to defeat interstellar evil, one crazy plan at a time. Imagine gearing up like Star-Lord with this out-of-this-world Star-Lord mask! Kids can pull on the mask and imagine blasting into intergalactic battles with a rag-tag teams of guardians that might be more than the galaxy can handle. Mask fits most heads.

Gear up like Star-Lord with the Star-Lord Elemental blaster! The Star-Lord Elemental Blaster boasts 3 unique blasting settings with different lights and sound effects that just might pack enough galaxy-saving dominance to shut down the bad guys. Rotate the blaster to access new elemental modes, including Water, Fire, and Electricity. Green lights signify water, so kids can imagine dousing their enemies and leaving them in soaked defeat. Red lights signify fire, letting future galactic guardians pretend to burn their opposition to a crisp. Finally, yellow lights signify electricity, so universal protectors can imagine shocking the bad guys with electric force! With the power of elements locked and loaded with the Star-Lord Elemental blaster, intergalactic space-punks don’t stand a chance.

Assemble a rag-tag team of misfits from Guardians of Galaxy with the Marvel Legends Series! With the Marvel 6-inch Legends Series, both kid and adult Marvel fans can start a legendary collection of comic- and movie-based Marvel characters. This 6-inch Star-Lord figure is highly articulated and features a movie-inspired design, making it an epic addition to any Marvel collection.

Purchase on Hasbro and Amazon 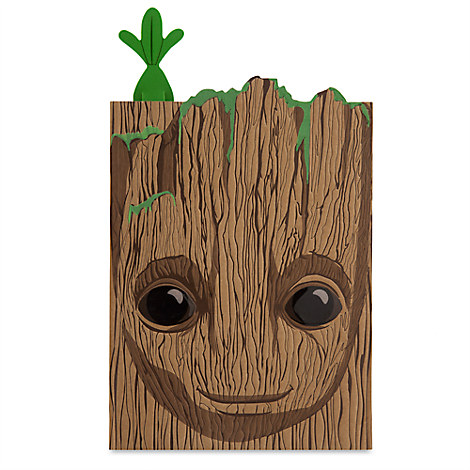 Let your imagination do the talking and jot down your brilliant ideas in this notebook inspired by Groot from Guardians of the Galaxy Vol. 2. It comes with a galaxy of pages and a handy little bookmark so you never lose your place!

You’ll be in tune with Star-Lord and the rest of the Guardians of the Galaxy with this cool Sound Machine. Inspired by the “Awesome Mix” cassette tape in the original, this features cool sound effects and music at the touch of a button.

Guardians of the Galaxy 2 Water Bottle with Loop

The local landfill will be thankful when you upgrade from disposable bottles – this one holds 25-ounce, and is made of durable, shatterproof Tritan(T) for long-lasting utility. It fits in most car cup holders and has a built-in carrying loop in the lid, so it’s easy to take anywhere you go. The bottle has a wide mouth that fits ice cubes for cooling down on hot summer days. With an extremely clear surface that won’t craze over time, it’s effortless to see the beverage inside. The lid is made of high-impact ABS plastic, with silicone inserts over the spout and vent to make it watertight and leak-proof. The cap flips open easily and locks in place, so it won’t swing around while you’re drinking. This bottle is entirely BPA free and top rack dishwasher safe. Do not microwave. Recommended for children ages 12+.

READ  Be My Guest and Follow Along During the #BeOurGuestEvent

A 32-page bedtime picture book told through the eyes of Marvel’s lovable characters Rocket and Groot. It’s been a long day for baby Groot and he’s ready to be tucked in for bed. Just as his eyes start to close, Rocket Raccoon bursts onto the scene! Groot can’t go to sleep yet, there’s a whole galaxy that needs to be defended and they must work together to save the day! Then maybe, just maybe, Groot will finally get the rest he deserves! 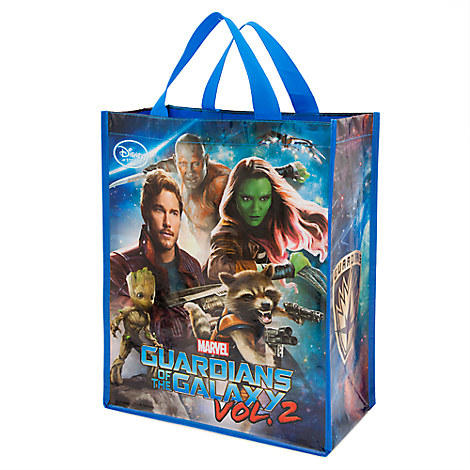 With help from the Guardians of the Galaxy, shopping has never been better. Grab all of your essentials and toss them into this recycled tote bag designed to make your next retail excursion easy-peasy.

Groot dances to music from Guardians of the galaxy Vol. 2! 2 modes: free dance lets you control Groot, and Groove mode Let’s him do his own moves to any song. Groot can even get back upright after dancing on his side! “Shout out” button triggers 4 different “I AM Groot” phrases

CHECK OUT MY GUARDIANS OF THE GALAXY SET VISIT POSTS