Briefly Lending My Voice To Olaf

I’ve been waiting to share this experience from my trip to L.A. with you all since I got back.  I would share it while I was there because it was so much fun.  We got to lend out voice to Olaf.  It was a short clip from the movie where Ana and Kristoff meet Olaf on their way to find Queen Elsa.  The dialogue was funny and cute.  This was one of the best parts of the trip in my opinion and I’m glad I can say I got to experience it. 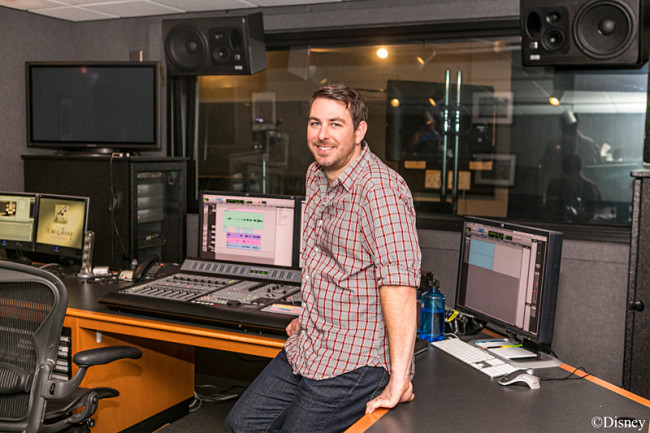 Meet Gabe Guy, the sound guy that was responsible for recording the voices of the characters for Frozen.  He got to spend time with them all.  When we arrived he introduced himself and gave us a brief run down of his station and the work he does.  He shared a few things with us as well.  We were all excited and nervous about getting in the booth so he really didn’t take to much time telling us about the work he usually does but he did give us some great tidbits.  He shared that when working on an animated film all the dialogue is recorded after the script is finished but before any animation is done. 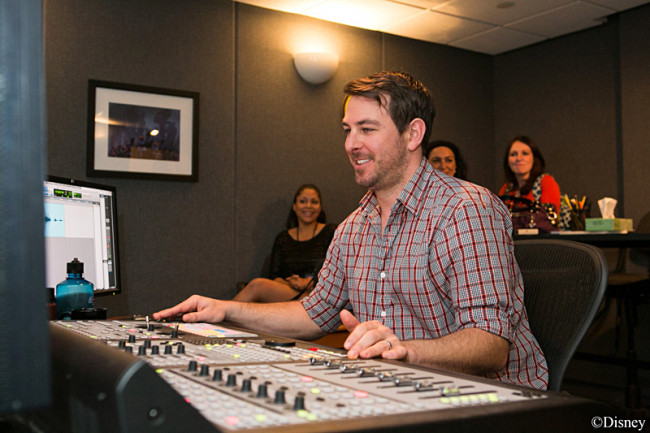 Gabe also shared that when the actors and actresses are recording they record each line several times in different tones, the directors then listen to the lines and pick from them.  He said sometimes they will take a whole line or pieces from two different lines and there are times they just have to start all over.  It’s not an easy job at all.  They spend hours in the booths recording.  He also shared that some of the recordings are done separately.  So imagine being in the booth alone and recording a conversation with a person but you see them.

READ  They Asked, I Said Yes, So I'm Heading to LA to Disney Studios #PirateFairyBloggers #FrozenBluRay 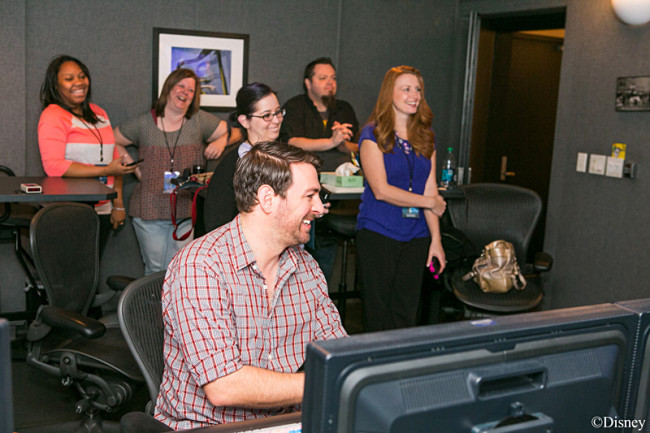 After some more chatting Gabe gave us the opportunity to head in the booth and record from two different scenes.  You could either choose the scene where Ana and Kristoff first meet Olaf or when Olaf sings the song “In Summer.”  It was bloggers choice.  In our group we simply went in the order of who was closest to the door first but I think James from The Rock Father was excited to lend his voice to Olaf he would have gone first anyhow (that means I didn’t have to be the first one to go).  Oh by the way he did great. 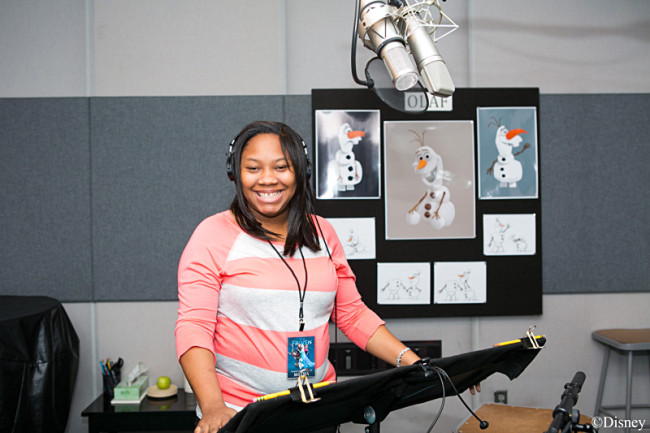 Soon it was my turn to get in the booth.  I was super nervous and excited.  I couldn’t wait to hear how Olaf would sound with a Trinidadian accent.  LOL.  An island snowman, how ironic. 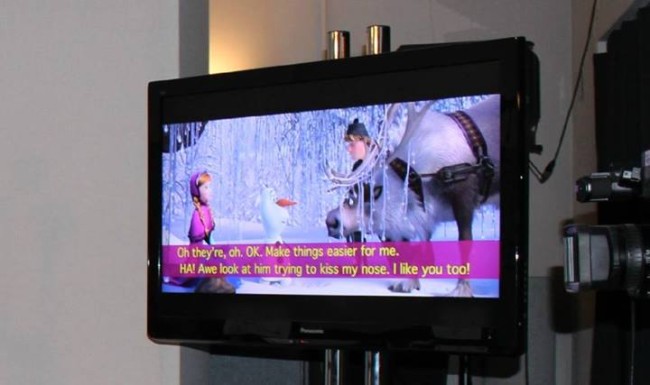 When you’re in the booth this is how we saw the words to read for the scene.  This isn’t how the actors and actresses see it though, since there is no animation done at the time of recording.  I’m telling you I knew it would be hard but it was way harder than I thought.  I couldn’t believe how hard it was to get those words out.

Meredeth of Suburban Coupon Mom got a great shot of me in the booth getting reading for my recording.  So without further ado I present to you my brief time in the recording booth at Walt Disney Animation Studios Recording Booth.

So there you have it.  I did it and I think I did a great job for my first try.  According to Gabe the professionals get to do several takes of each scene to get it perfect.  Since I only did it once, I don’t think I did too bad.  Hopefully we get a clip of the actual animation so I can share that with you but this is a great behind the scenes sneak peek. Ok guys I have the clip of my voice in the place of Olaf. Hope you enjoy. It was so much fun.

Frozen arrives on Blu-Ray/DVD on March 18th.  You can purchase it on Amazon.